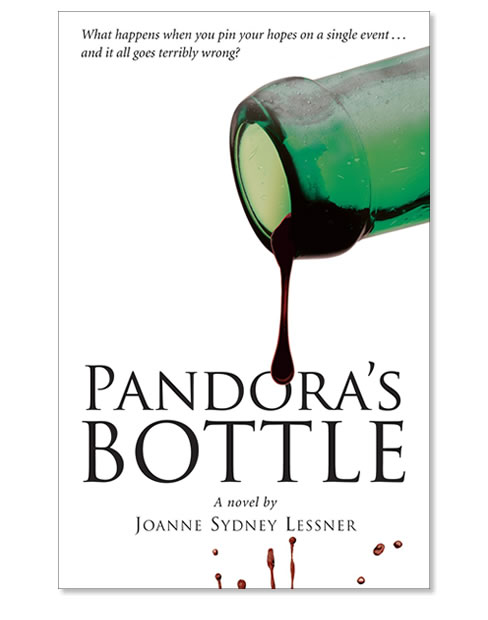 What happens when you pin all your hopes on a single event—and it all goes terribly wrong? When that event is the uncorking of a fabled bottle of 1787 Château Lafite once owned by Thomas Jefferson, the repercussions are emotional, financial, theatrical and, in every way, unexpected. In this tale of hubris and redemption, aspiration and perseverance, first-time novelist Joanne Sydney Lessner provides a provocative glimpse into the world of fine wine, from the whirl of New York City haute cuisine to the historic vineyards of the Hudson Valley.

When Sy Hampton purchases this legendary bottle—which, through a quirk of preservation, may yet be drinkable—he shocks the wine community by choosing to uncork it privately with a female companion, rather than at a special public event. Sy intends the evening to be a quiet reassertion of his virility in the throes of middle age, but for ambitious restaurateur Annette Lecocq, the event offers an irresistible opportunity for much-needed publicity. Their competing agendas are not the only things to collide on the fateful night. Caught in the crossfire are Tripp Macgregor, a waiter on the verge of his long-awaited Broadway debut, and Valentina D’Ambrosio, the beautiful but unworldly working girl from Brooklyn Sy hopes to impress.

THE AUTHOR
JOANNE SYDNEY LESSNER (www.joannelessner.com) has written several musicals with her husband, composer/conductor Joshua Rosenblum, including the cult hit Fermat’s Last Tango, which received its Off Broadway premiere at the York Theatre Company and its European premiere at the Teatro da Trindade in Lisbon, Portugal. The original cast recording became a bestseller, and the film version has been screened from New Jersey to New Zealand. Einstein’s Dreams, based on the celebrated novel by Alan Lightman, received its world premiere at the Teatro da Trindade and has been presented in concert in New York. Lessner’s original plays include Critical Mass, winner of the 2009 Heiress Productions Playwriting Competition, slated to open Off Broadway at the Lion Theater in October 2010, and Crossing Lines, a finalist for the Eugene O’Neill Playwrights Conference. She is a regular contributing writer to Opera News and holds a B.A. in music, summa cum laude, from Yale University. Lessner was raised in the Hudson Valley and currently resides in New York City with her husband and two children. Pandora’s Bottle is her first novel.

PRAISE
Voted one of Paperback Dolls’ Best Books! – “A vivid, dynamic story… impossible to put down!”

PANDORA’S BOTTLE is as delicious as a vintage Chateau Lafite and almost as rare–a novel that is as entertaining as it is smart. Joanne Sydney Lessner serves it with just the right dish of human folly. – Marc Acito, author of How I Paid for College and Attack of the Theater People

Lessner has served up a bubbly, big-haired and big-hearted opus magnum, redolent of the vanities of New York, with a whiff of Wodehouse and a dash of Dickens, full of raucous overtones but with a gentle finish. Drinkable immediately! – Jonathan Levi, Author of A Guide for the Perplexed and Co-Founder of Granta

Joanne Sydney Lessner has carefully crafted a well-wrought, fun, and fast-paced book detailing the highs and lows of the wine world. A great read. – Carlo De Vito, author of East Coast Wineries and 10 Secrets My Dog Taught Me

IN THE NEWS
Reviews and Interviews

Be the first to review “PANDORA’S BOTTLE” Cancel reply